Many home beer brewers probably dream about turning their hobby into a business and having a proper craft beer brewery but most don’t realise their aspirations. Jeff Rosenmeier, however, who started home brewing over 20 years ago, has seen his Lovibonds brewery grow over the years and now has its own large production facility just outside Henley town centre, in England. 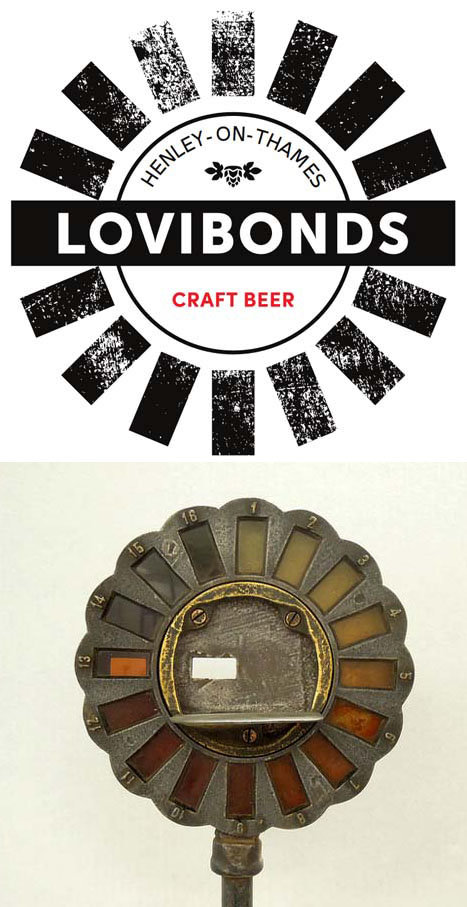 Last weekend, in conjunction with the ‘behind the scenes tour’, Lovibonds unveiled their new branding (left). The idea for the new imagery is inspired by Joseph Williams Lovibond who developed the world’s first practical colorimeter (colour scale device) as a means of ensuring the high quality and colour of his beer. This scale, degrees Lovibond, is still used today around the world by brewing and other industries including water companies.

The firm, The Tintometer Limited, still exists near Salisbury. Jeff said, “When I decided on a name for the brewery, it came from the history of our town centre building which was a John Lovibond & Sons shop up until the 60’s. The use of the colorimeter on the branding seemed the perfect fit and one that communicates the heritage of the brand.”

Later on Friday, the tasting rooms were open for everyone to see the new branding and to enjoy some beer, live music and food.

Cheers Jeff – here’s to the ongoing success of your Henley business.

For more details about the history, beers and opening hours of the tasting room go to www.lovibonds.com

The full article can be read on the Henley News Website